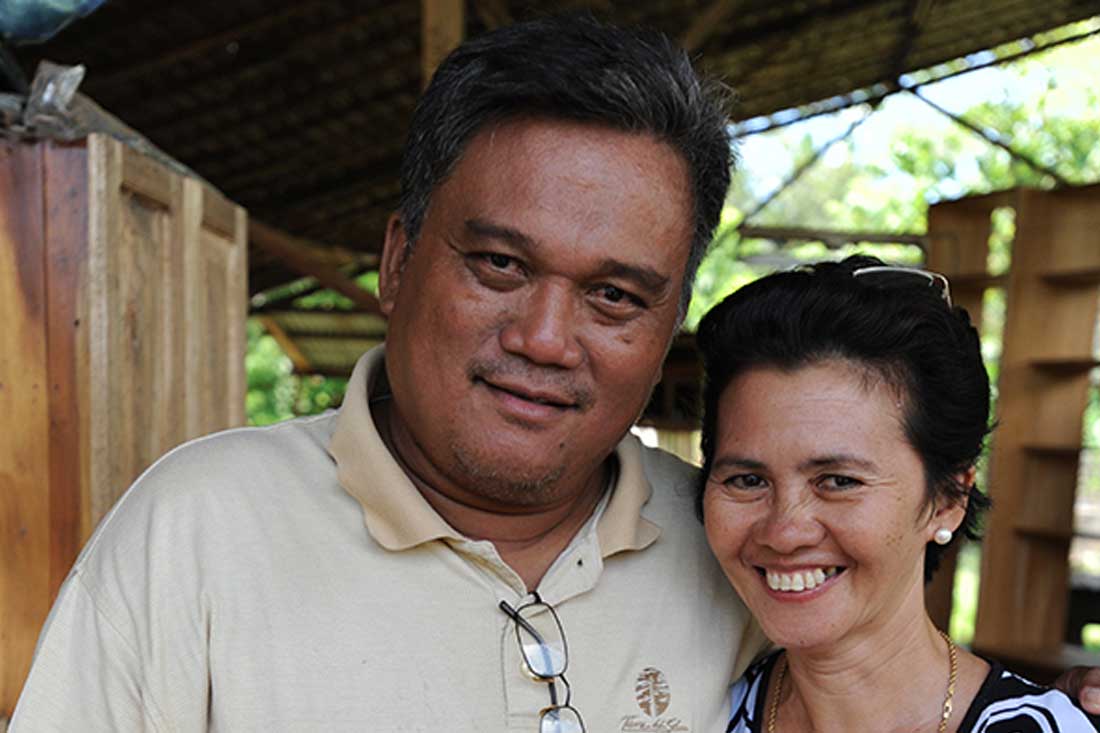 Virginia and Aly Lubguban had foresight, were goal-oriented, and always worked as a team. Early in their marriage they invested in planting Gmelina (Beechwood) trees on their property in the mountains, banking on its future value. A decision supported by his wife, Aly worked abroad to gain experience and save money for business capital while Virginia cared for their small children and oversaw the construction of their home. His background in engineering predisposed him to be observant of structural design and manufacturing while abroad; little did he know that these encounters would be the basis of their success down the road. When he felt he had saved enough to start a business, Aly returned home. The couple tried and failed at several businesses attempts including poultry, fish culture and meat processing. Their savings was dwindling. Quickly.

The couple prayed – how could this be happening despite all their hard work? Soon it was clear as day: their trees, his skills as an engineer, his experiences abroad – they would manufacture furniture. Virginia’s beginning PhP5,000 Project Dungganon loan was used towards the start-up of their furniture business. In time, they built a reputation for producing quality, beautifully-crafted pieces. Homeowners began commissioning furniture to fill their homes. They were awarded contracts to furnish hospitals and doctors’ offices in their city. They got into cattle-fattening and also opened a bakery. They soon found themselves able to pay-off their Php100,000 loans in an average of two months. With their formula of teamwork and goal-setting, the Lubguban’s were seeing their dreams coming to pass.