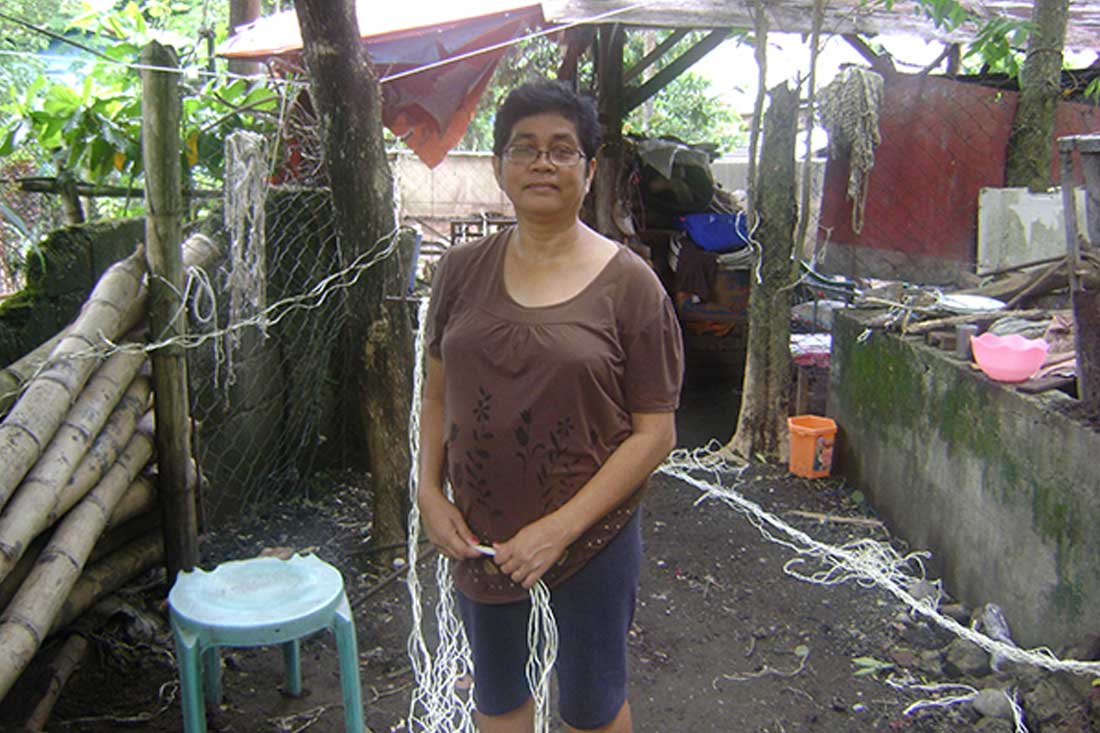 Julie and Nonito Villanueva are a perfect example of thinking out of the box. The couple saw the opportunity in recycling used ropes and scrap metal, refurbishing them and reintroducing them into the market. In 2001, Julie received her first loan of PhP3,000 which she invested in tools and materials for their business – a blacksmith shop. Nonito, very skilled with his hands, made farm tools including Bolos (large cutting tool similar to a machete), animal drawn plows, axes and other farm equipment with the scrap metal. He also invented built a machine for manufacturing twined rope used to hold fishing nets. While her husband took charge of manufacturing, Julie managed the business’ finances, accounting and marketing. In 2004, Julie was awarded the Masikap Award by during the Citi MOTY Awards program, a nationwide search for outstanding Filipino micro entrepreneurs funded by Citi Foundation and implemented by Citibank Philippines together with the Bangko Sentral ng Pilipinas (BSP) and the Microfinance Council of the Philippines, Inc. The Masikap Award recognizes individuals who have set up businesses that are now providing a reliable source of income for their families.