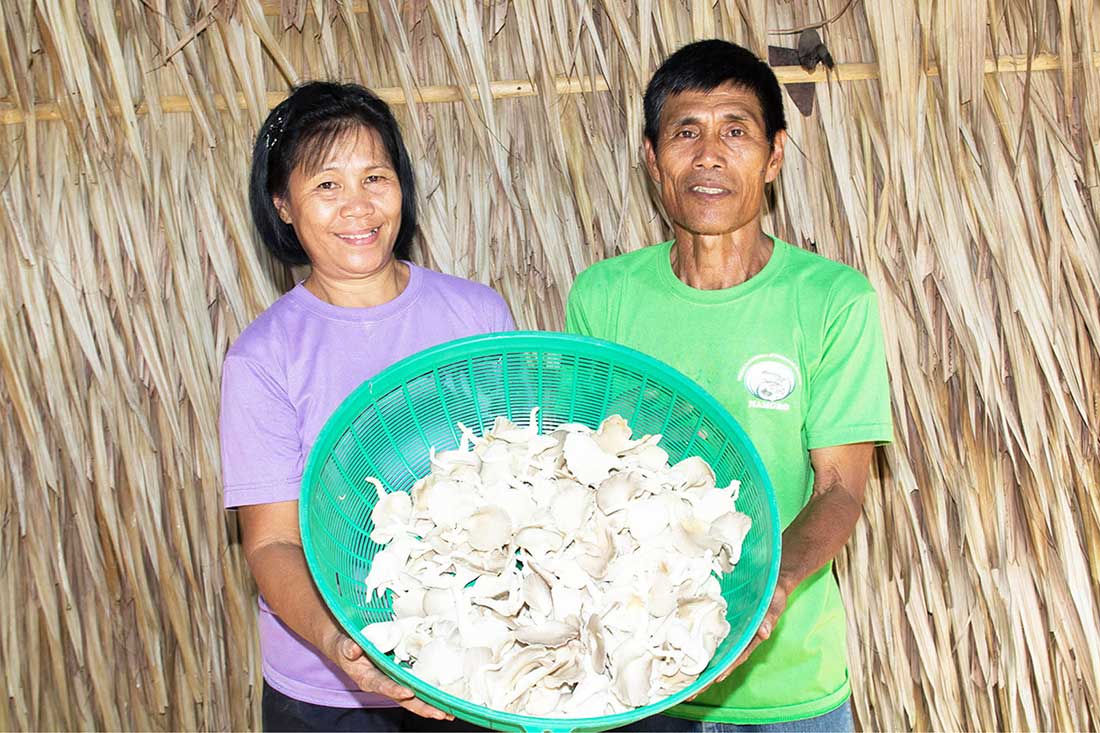 Now fifty-four years old, Victoria looks back and recounts her journey through poverty. Daughter of a sugar cane plantation worker and one of thirteen (13) children, Victoria was forced to abandon her education at the age of ten (10) in order to find work and help her parents feed her twelve (12) siblings. Like many children in that social stratum, she was expected to marry at a tender age of 18. She married 24-year-old Roberto, also an elementary school drop out who, like her parents also worked on a plantation. Her life could so easily have mirrored that of her parents and her husband’s family; although she never looked down on the lives of her family, Victoria wanted more for herself, her husband and their children.

It took some persuasion by a friend to convince Victoria to attend a Project Dungganon orientation in 2004. She felt that loans were a headache and weekly center meetings a bother – something that would take time away from her work as a plantation worker. However, she knew that her dreams wouldn’t be realized without taking a risk and grabbing an opportunity. Her life as an entrepreneur was, however, a tumultuous journey. Her first loan of Php5,000 was used to start a “sari-sari store” – a very small convenience store selling rice, local snacks, drinks, and other small items. Many of her customers, however, paid on credit, or “utang” in the local dialect. Needless to say, the business didn’t thrive. She then tried her hand at selling used clothes (RTW), but still the business suffered. Despite this, Victoria was able to maintain a 100% repayment rate with Project Dungganon.

In 2008, she and Roberto attended a technical training workshop on Mushroom Culture administered by the Office of the Provincial Agriculturist (OPA). The free workshop attracted many of her comrades in the farm and surrounding areas. By the end of the 3-day workshop, only Victoria and Roberto took the opportunity to continue intensive training with OPA personnel.

Victoria found the cultivation of mushrooms fairly straightforward. She observed that following the OPA-taught procedures of shielding the fungi from contaminants was key to the success of her stock. Fruiting bags inoculated with spawns incubate for 45 to 60 days. The bags are then transferred to dark greenhouses where spawns are left to grow until they are ready for harvest. The discarded growing medium was then used to feed the African Night Crawlers that produce vermin castings. Victoria and her husband Roberto would harvest three (3) to four (4) times a year.

Initially, the couple would sell their mushroom harvest in neighborhood stalls within their community and in the nearby public. Victoria then ventured to the neighboring towns and cities selling her mushrooms in their government offices. Today, Victoria serves major markets and supplies several well known institutions such as the Seventh Day Adventist Hospital, Fresh Start Organic Products Company and May’s Organic Garden Restaurant, all recognized for offering quality organic produce.

What they lack in their formal education they have made up with their business and farming acumen. Today, Victoria and Roberto are recognized for their expertise in mushroom production and continue to be invited as resource speakers by farmers and schools. Their most recent engagement was training a group of agriculture students from the Central Philippines State University (CPSU) in Kabankalan City. The students went to Barangay Cabadiangan, where they have their farm and stayed for a week to gain handson experience and knowledge from the couple.

The Bantilan’s have four (4) children; the youngest of which recently graduated with a degree in B.S. Criminology.