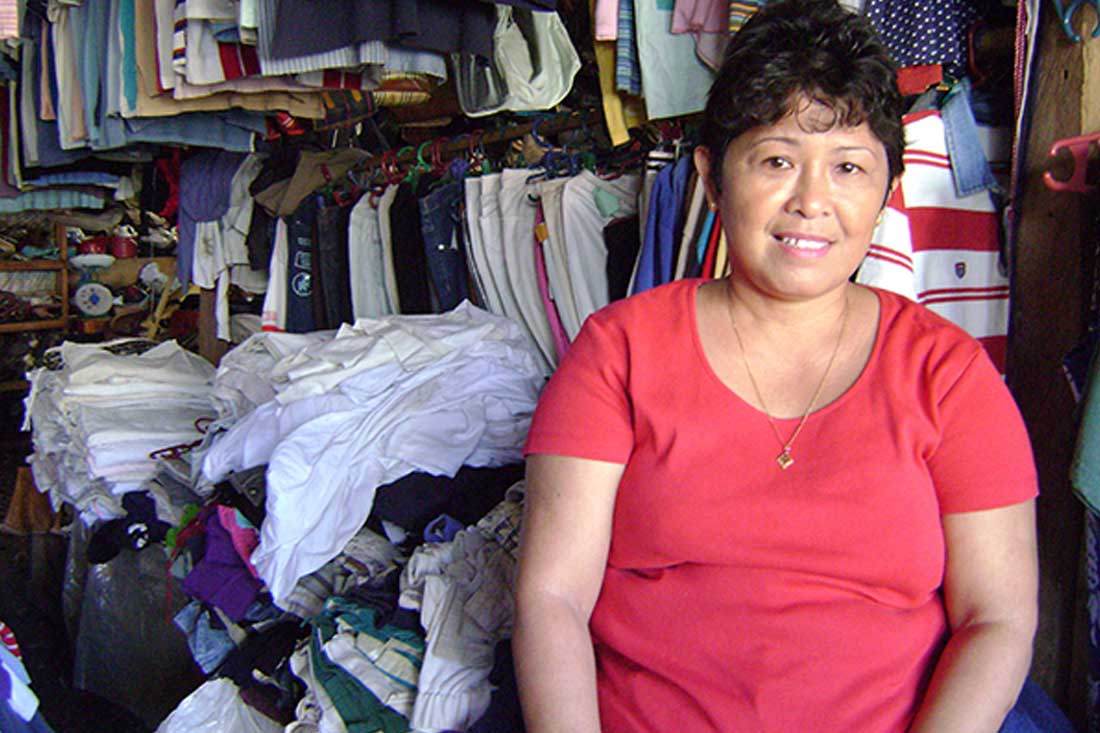 One man’s trash is another man’s treasure rings true for Marilyn Catacutan who established her healthy business by creating a niche in the used-clothes market, concentrating solely on second-hand bags and shoes. Marilyn was once a housewife who tended to the needs of her children and her husband. Living on his meager salary as a security guard in the provincial university, Marilyn had difficulty making ends meet especially when it came to her children’s school requirements, medicines and hospital fees. Marilyn did, however, have confidence in herself and her ability to sell and do business having learned the trade helping her aunt. Marilyn weathered two storms since she first became a client of Project Dungganon in 1998. Only two years after her first release, her store and her entire inventory burned to the ground along with other businesses in the City Public Market. Shortly after, she had a major operation on her gall bladder. With all her children in college, she was financially wiped out, but not deterred. Forced to start from scratch, she took on a PhP5,000 loan and started selling hair clips and other accessories. With time and zealous intensity, Marilyn rebuilt her once thriving business and regained her clientele, many of whom were office workers in the area. She achieved her dream of giving her children a life she never had as a child.