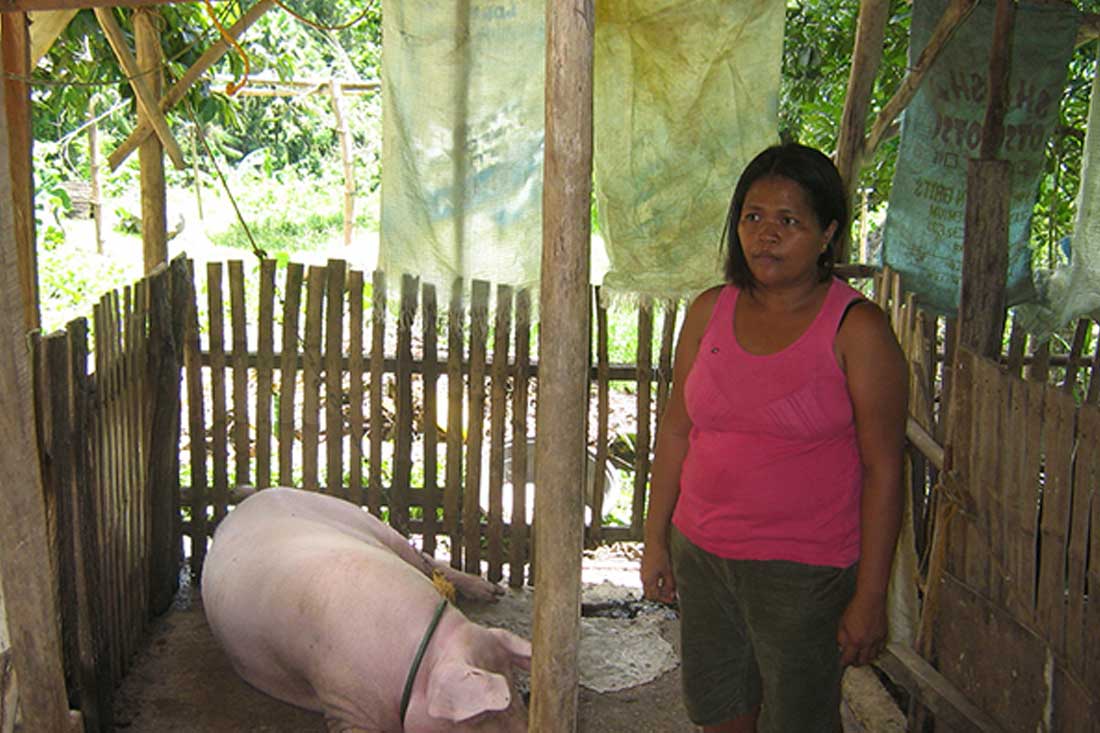 Geline and husband, Winnie, met in a meat shop where they both worked for close to five years. They used the PhP7,000 saved from their earnings to start their lechon (roasted pig), swine trading, goat and native chicken businesses a year after their wedding in 1989. Life for them was not easy, having to start their days at 3AM to catch a ride to the stockyards to buy livestock. They would feed and tend to the animals in their home for up to two weeks. Her first Project Dungganon loan of PhP3,000 in 2002 was used for expansion. She opened a second outlet for roasted pigs and coupled with her goats and native chickens businesses earns a weekly gross average of Php35,000. Her roasted pigs were popular for weddings, birthdays and anniversaries, and orders poured in. Geline and Winnie were able to purchase two motorcycles, a tricycle which they used for both deliveries and as public transport for commuters in the area. They were able to repair and fortify their home of bamboo and palm leaves with sturdy wood, and buy household appliances including a refrigerator and television. Her eldest son is attending university and she dreams of seeing their six other children as graduate and become successful professionals. She says the secret to her success is, “the teamwork between her and her husband, the ability to communicate with one another and consulting each other. It is important to that we teach our children to be involved in the business and work as a family where they learn about work ethic. Lastly, always pray for God’s guidance.”