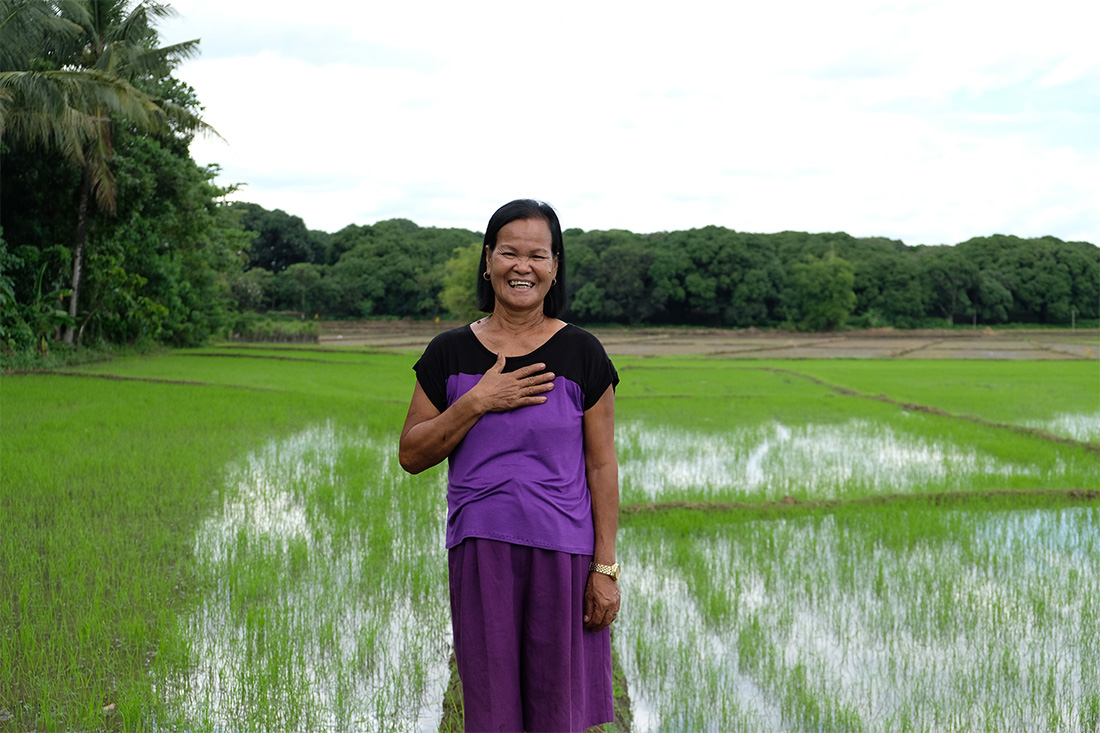 “Through Hardwork and Perseverance”

Faced with poverty at the young age of seven, Elsa had her fair share of difficulties. She had to work in the rice fields to help her parents support her family’s daily needs. She did all that while also continuing to go to school. But even with all these hardships, it never stopped her from dreaming of a better tomorrow.

Elsa’s parents were both farm workers. Their income was not enough for their family. This was also the reason why Elsa stepped up and helped them in any way she could. 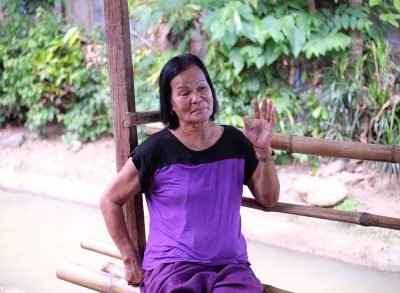 Teary-eyed Elsa as she recounted how hard life was for her and her family before she started a business Photo: Charry de la Paz

At 13, she decided to try other ways of earning money like working as a house-help and selling food packs to make ends meet. The challenges she encountered were not limited to finance. Having experienced love for the first time, she decided to settle down shortly after meeting the man who would later on be her husband.

Life changed entirely for her when she gave birth to her two sons. As a mother, it was painful to not be able to provide a better life for her children. She recalled the times that she and her sons would dive in the river just to find something to eat while her husband was working in the fields.

Trying to hold back her tears as she recounted the hardships she went through. She knew that they were not earning enough to feed their family. They would just eat sweet potatoes and vegetables that they scavenged in their neighborhood because they had no money to even buy rice.

As a child, Elsa always dreamed of a better tomorrow for herself and her family. A ray of hope came into Elsa and her young family’s life when she joined Project Dungganon – the flagship program of Negros Women for Tomorrow Foundation.

Before she joined, she was told that anyone who wanted to join Dungganon must memorize the 11 Decisions and Pledge of Project Dungganon before officially becoming a member. 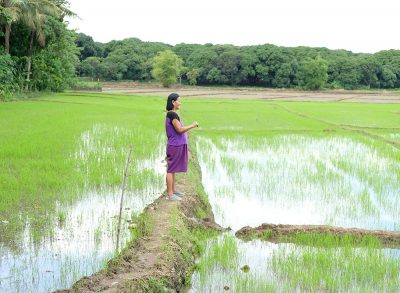 Memorizing it was very difficult for Elsa. Her husband would tell her to just stop but she persevered. She knew this was her chance at a better life. She tried numerous ways to memorize it that she even pasted it above their kitchen stand and while cooking she would read it over and over again.

Hard work truly paid off as Elsa and her group were able to join Dungganon and avail of a loan to start a business. She received an initial loan of 3,000 pesos and her journey to a better life started.

From her loan, 2,000 pesos was spent buying 14 ducks and the remaining money was spent to open a small sari-sari store. Elsa and her husband saved every peso they earned from selling duck eggs to buy more ducks. This went on and on until they had 200 ducks. Since they were earning more, they wanted to start a new business —and that business was something she knew from the heart— rice farming.

They started contract farming and from their earnings and loans, they bought their own rice farms. They were now able to provide for their family. All of these things they achieved because of their determination, perseverance and discipline. 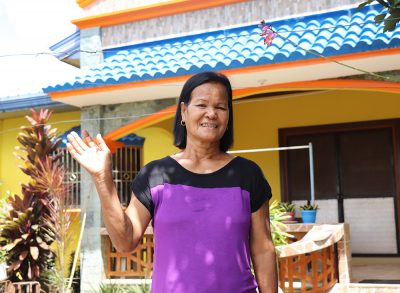 Elsa with her home in the background; a home built on hard work and perseverance / Photo: Kiefer Reje

While others were spending more, buying new clothes, gadgets and eating in restaurants, Elsa tried to keep living a simple life. Her loans were spent to fund her business and her earnings were budgeted to pay off debts and support her family. Coming from humble beginnings, she knew she also had a role to play in changing the lives of those around her. She encouraged her sisters to also join Dungganon and start a business.

Employing her neighbors and helping them financially when the need arose were some of the few things Elsa did as her way of giving back. She had experienced having nothing and knew how challenging it was. Helping others made her feel a different taste of happiness, and that is also why her advice to anyone trying to improve their lives would always be, to never give up.

She stressed the importance of perseverance, that as long as one is willing to work hard and never give up, better days will surely come.